I have to confess that I was quite excited about the PUSH mode feature on the new iPhone, but the truth is that after installing firmware 2.0, I had only used it for one day.

Second, I didn’t have time to check how the PUSH mode really works, but I know it drains out my battery in less than a day.

Now, I’m happy with the FETCH mode syncing every hour.

PS: Fix the BT. My car’s hands free is not able to download the contacts from the phone since I upgraded to firmware v2.0.

Yes, the answer is fring.

Skype, MSN Messenger, ICQ, SIP, GTalk, Twitter, Yahoo and AIM. With fring, you can use all of these on a jailbreaked iphone. Pretty neet. 🙂

10 March 1876—The first successful telephone transmission of clear speech when Bell spoke into his device, “Mr. Watson, come here, I want to see you.” and Watson heard each word distinctly. 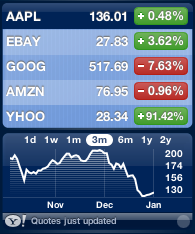 Is this the future of the navigation system devices? I must say that it’s really intuitive and keeps your focus on the road.

The driver sees the Virtual Cable image through the windshield. Check it out. 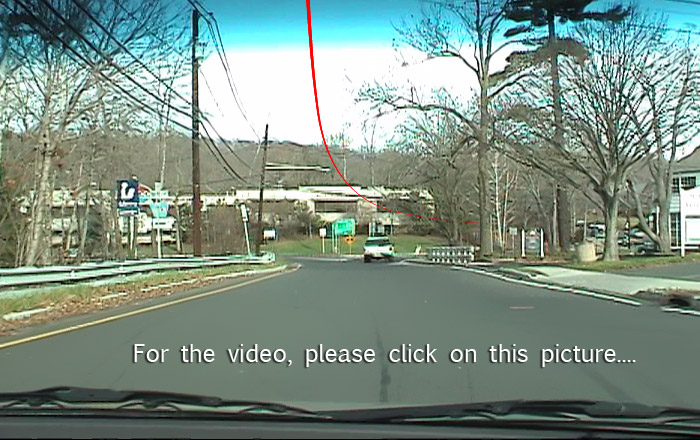 You will only need to take your cell phone or iPhone and a tiny portable projector.

A company called Microvision produces a tiny, portable projector that uses red, green and blue lasers and a single tiny micromirror to project an image much the way old cathode ray tube televisions did, by scanning lines to create 60 frames per second. The whole projector fits in the palm of your hand, but a lot of that size comes from the battery; if you had an external power source, such as a USB, this thing could be as small as your thumb.

Check the video and the full story here.

Although I’ve always agreed on the MVC pattern, specially the separation between the business and the presentation logics, I have to confess that throughout the years, my opinion about using template engines has changed a few times.

Back in 2003, I converted some of the IMP pages to templates and contributed some code to the Horde Templates engine. Back then, I presented some arguments in favor of template engines and one of the main reasons was the ability to send the templates to designers and have them doing what they want with them.

My experience quickly proved that I was wrong. Besides the fact that I added a bunch of lines to the code to define the template variables, the designers still needed a lot of help to customize the templates. Also, the code was slower until a template compiler was developed. Overall, the benefit from all that was null.

Since then, I think template engines are useless for most of the cases. I still agree you should separate business and presentation logics, but you can do it with PHP, you don’t need a different language for that.

Hasin Hayder, the author of a Smarty book, has an interesting post from earlier this year where he says that there’s no need of Smarty anymore:

I just dont need a wrapper over my PHP code which parse regular variable and echo them. Smarty just made itself extremely complex and useless too over the day, seriously.
I seriously don’t think there is need of Smarty anymore. Its dead!

There’s also a lot of buzz around the subject. You can also check the posts from Paul M Jones, and Michael Kimsal. 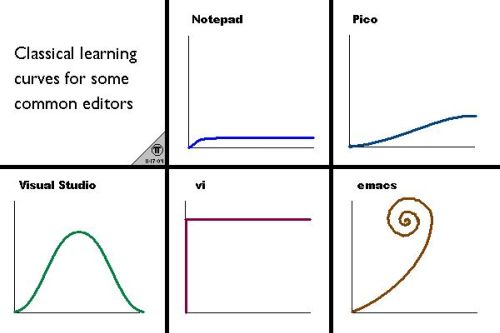 I use vi/vim though. And no, I’m not included in the group of vi users that are younger than vi. 🙂

.. Or should I just say Apple’s Strategy?

None of the following is new, but I just feel I want to share my opinion with the world about this.

The latest news about the iPhone’s internationalization is the pure result of Apple’s “closed” marketing strategy, or should I say karma to make a profit?

There has been a lot of controversy about the iPhone, for instance China’s telecoms do not support “locked SIMs”, and there was a rival war between Vodafone and T-Mobile in Germany for the release of the iPhone. As some of you may recall, a few months ago, there were also problems with French law which prohibits locked phones. All of this is a direct result of Apple’s “closed” strategy to make a profit. Is Apple becoming like Microsoft as it gains popularity? Well, we all know the answer.

Most of us, or “geeks with Macs”, came from a Linux background or from an Open Source background. Whether we want it or not, Apple’s “closed” strategy is against our nature, period. We are just too blind or we just want to be blind to admit that because Macs are cool and because MacOSX is cool (it’s Unix and it provides you with an experience you were not used to using Linux on a desktop).

Although I wanted to be blind with Apple’s MacOSX strategy, I can’t be blind with their strategy for the iPhone. I am a happy iPhone user (product-wise), but I am unhappy with their “closed” strategy. I am glad that they are releasing the SDK for iPhone in February, but they should have done that in the beginning instead of sending out lame excuses for not providing such openness in their product. Their closed/arrogant/$$$$$/control freak attitude is still there. They only decided to release SDK because they were forced to do so, not because they are cool and believe in openness.

Meanwhile, and since I’m talking about it, a bigger giant than Apple released android with a completely different attitude. Open for everyone! hack hack hack! experiment, develop, do whatever you want to, “I even give you money for doing so” -type-of-attitude ($10M).

Android is there, soon in a phone next to you. It’s open and it’s cool and Apple will see the impact of their first choice soon, even though they have the best phone on earth (so far).

I don’t foresee shining days for Apple as I used to see in the past and if they don’t change their strategy (maybe they’re starting to change it with the release of iPhone’s SDK), I would not be surprised if another giant does something on top of Linux as they did on top of FreeBSD and I am pretty sure that they will kick Apple where it hurts.